All You Need To Know About Superdrol 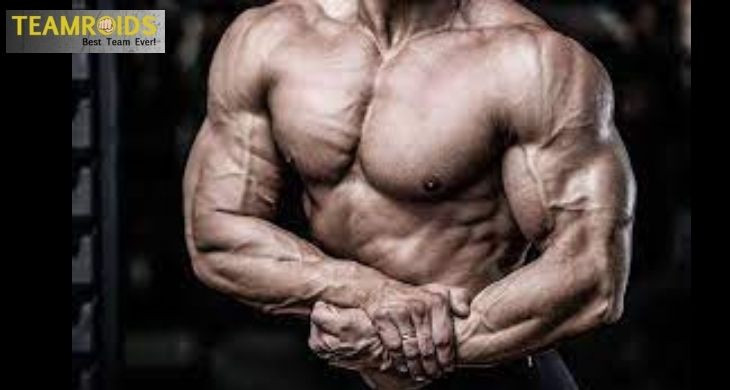 Methasterone, popularly known as Superdrol, is an oral anabolic steroid. In fact, it is one of the strongest ones available in the market. It has been around since the 1950s, however, it was never sold as a prescription drug. Now, this never meant that it was not being used and sold widely. Back in the 2000s, it was being marketed as a prohormone and a healthy supplement, but this was never the case. In 2006, FDA caught the misleading advertisement of the drug and it was banned back in 2012.

Currently, the steroid is being regulated by authorities just like all the other anabolic steroids. Despite its legality and regulation, many people including athletes and bodybuilders are sourcing it illegally.

Apart From being illegal, Superdrol has side effects, some extreme cases, some of which we're going to discuss in detail down below.

Superdrol is a steroid that is not only illegal, it is extremely unhealthy, and may also be destructive for some. Despite all that, people still continue to use it! Why is that? Well, for starters, its pros outweigh its cons for some people. Most of these benefits are related to hormones, hence they are quite similar to the ones caused by other steroids.

Increased Gains – This is a common advantage for most steroids. People, athletes in particular, basically take steroids to increase the results from their workouts and diet in a comparatively shorter amount of time. What steroids do is increase the amount of testosterone in the body which promotes muscle growth. Due to this, significant growth in muscle mass is witnessed, similar to that caused by strong steroids like Superdrol.

Increased Libido – Since the amount of testosterone increases after the consumption of steroids, you might experience an increase in libido. This goes true for most steroids and is particularly helpful if you're soon with conditions like hypogonadism and are unable to produce enough testosterone on your own.

Ideal for Cutting – Many people prefer using this steroid as it aids in cutting fat during a cycle. This means that you will be able to shed excess weight while gaining increased muscle mass simultaneously, eventually resulting in your lean muscles.

Enhanced Strength - Since Superdrol is a strong steroid, it increases the strength of an individual, more so than other steroids. This means that users will be able to exercise for longer, carry heavier weights, and go the extra mile with their workouts. In some cases, more than 25% of strength increase is seen in individuals just after a single cycle of Superdrol.

No-Risk of Gynecomastia – Unlike other similar anabolic steroids, Superdrol does not affect the levels of progesterone and estrogen in the body much, so conditions like gynecomastia are not a problem with this one.

Prevention of Infections – Injecting anything, be it steroids, supplements, or any other drugs can cause a huge lot of problems. One of which is the infection at the site of the injection. Fortunately, such is not the case with Superdrol as it is an orally consumed steroid,  wiping out the risk of infection due to an injection altogether.

Superdrol is a fairly harsh and powerful compound. Thus, liable to many side effects – more so than caused by other steroids. One of the most common things associated with any sort of steroid is hepatotoxicity. For Superdrol, the case is similar. Tons of people on cycles and post cycles have experienced severe effects of it being directly toxic to your liver. And, if you’re regular with these and taking on multiple cycles, you’re most likely going to end up with serious permanent liver damage.

These side effects can be harmful to many users. Be that as it may, they can also be not affecting some less sensitive individuals whatsoever. So, it entirely depends on your immunity, genes, and several other factors.

Since Superdrol is a strong steroid, taking anywhere around 10-20mg for about 3-4 weeks is more than enough. Old and professional steroid users can go up to 30-40 mg a day, but that is just like playing Russian roulette with your health. Typically, a 4-week cycle is more than enough to show quick results. Since these dosages are very strong and even as little as 20 mg can be very powerful. You need to space the doses throughout the day. Take 10mg in the morning and 10g in the evening, preferably after your workouts.

Despite its complaints related to the devastating side effects, it has received glaring reviews regarding its efficacy and results. On average, a user taking a 20mg Superdrol on a cycle that lasts no more than 3-4 weeks has seen significant changes in their physique and performance in the gym. With a typical Superdrol cycle, users can gain anywhere around 20-40 lbs of muscle mass. However, taking proper care of your diet and workouts is extremely necessary for lasting results.

PCT after Superdrol is crucial for your body to work healthily and maintain its natural hormonal levels. Testosterone production is suppressed in users after taking Superdrol. So, start your post-cycle therapy, a day or two after your cycle ends. You can kick it off by taking any SERMs that suit you. Some popular ones include Clomid, Nolvadex, and toremifene. This will cause your natural testosterone levels to rise, which will also cure other problems like loss of strength or reduced libido. The duration of your PCT depends on how long you have been cycling Superdrol but it typically lasts from anywhere between 4-6 weeks.

Superdrol is a robust anabolic steroid that proves useful in any part of your body transformation. Whether it's building muscle, cutting, enhancing performance, or anything else, it works for all. Even with less dosage, its effect on muscle mass is immense, if proper cycles and workout routines are followed. Moreover, since there is little to no water retention or risk of gyno with this particular steroid, it makes for a perfect cutting compound.